The two biggest phablet launches this year have undoubtedly been the Apple iPhone 6 Plus and the Samsung Galaxy Note 4. The first phablet device from Apple has definitely had an impact on Samsung’s dominant position in the phablet market. iPhone 6 Plus sales have been going really well so far, and it doesn’t look like Samsung will continue its unrivalled status for much longer. So what about the software experience on the two phablets? Which one is superior? CNET’s phablet comparison has the answer.

The CNET phablet shootout highlights the usability differences between the two phablets, and the ways in which each one is different from the other from a user experience point of view. In a phablet, the software package definitely plays a major role in the decision process for most people. When you buy a phablet you expect various software tweaks to differentiate it from smartphones with smaller screens and help you make use of the extra screen size.

Being the much more experienced player in the phablet market and also being the “pioneer” of the market, Samsung has got all the basics right with its latest TouchWiz UI and Android 4.4.4 KitKat OS. Apple might have had no previous experience but they have tried to bring in some of their iPad expertise to design the iPhone 6 Plus software, and have included many of the same features and UI tweaks seen on the Apple iPads.

With their giant sized screens, phablets are definitely the preferred devices when it comes to the typing experience. However, if you have a keyboard that is no good, then that experience is definitely compromised to a large degree, nullifying the screen size advantage of the device.

Android has had the upper hand with keyboards in the past as it allows for far greater customization, letting users install any keyboard they like from the hundreds of available options on the Google Play Store. Keyboard applications like SwiftKey have changed the typing experience greatly for a number of users. Apple, in comparison, didn’t allow third party keyboards on its devices until last year. You had to settle with the default Apple keyboard that didn’t come with many customization options. With iOS 8, Apple allowed third party keyboards including SwiftKey, but the overall typing experience is still superior on Android according to CNET.

The main reasons for this are the absence of secondary keys when doing long press in iOS, no auto-insertion of subsequent words when you keep pressing the spacebar, and the lower level of customization on offer when compared to Android. Future versions of SwiftKey on iOS might change things but as of now, the SwiftKey for Android is definitely a lot superior.

Widgets have been made popular by Android. iOS up to iOS7 didn’t allow the use of widgets. With iOS 8, Apple has tried to convince more Android users to jump to the new iPhones by offering widgets. Unfortunately, the widgets on iOS are still nowhere near as useful as those on Android. Most of the widgets that are available on iOS are pretty restricted in terms of the functionality they offer. Todoist, for example, allows marking a task as completed, but you cannot then add any new tasks from the widget. It’s the same story with the other few widgets that are available for the iPhone 6 Plus currently.

The layout of the apps in iOS is also not great, according to CNET. Instead of having widgets on your homescreen like on Android, iOS widgets are only available in a single list on the pull-down menu.

There is no doubt that Apple has made great strides with iOS 8 in terms of the overall software experience, but it still lags behind Android in the above areas. On top of that, it’s only very recently that Apple has started offering these features, whereas on Android these things have been available for a long time. As more developers start developing keyboards and widgets for iOS, the gap between iOS and Android could narrow, but for now it’s Android with the major advantage. That’s not to say that iOS has no advantages though. The apps are generally designed in a more attractive manner than their Android counterparts.

Galaxy Note 4 vs iPhone 6 Plus: Android vs iOS

Overall, at least when it comes to the software package, the Galaxy Note 4 is definitely still the phablet king. 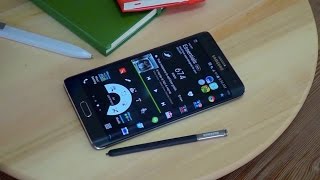 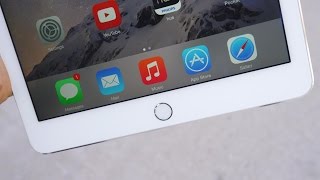 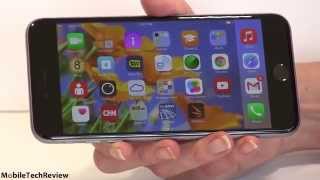 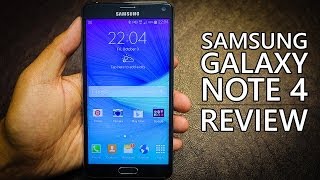 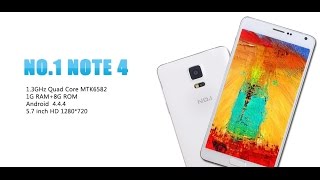