Xiaomi's fifth anniversary event is over. As was widely expected ahead of the event, Xiaomi unveiled its Mi Smart Weight Scale, a device that has been teased recently. Next in the line is the Smart Socket dubbed Mi Smart Plus Board with three USB ports for charging mobile devices.

The 55-inch 4K Ultra HD TV Mi TV 2 has been announced by the firm. The smart TV V sports Samsung's RGB LCD 4K panel and is powered by MStar 6A928 processor (quad-core Cortex A17 clocked at 1.4GHz).

What's next, Xiaomi also decided to unravel the much-hyped Redmi 2A - the affordable Leadcore-powered smartphone. Basically it's a low-cost version of the Redmi 2 launched in January this year.

Recommended: Top 15 Smartphones That Got Launched in March 2015

The pink version of the Mi Note, officially called Mi Note Pink Edition, has been released. There's nothing special about the device, except it comes in color pink.

All these announced devices are expected to be made available in China sometime next month.

Here's a rundown of everything Xiaomi announced its fifth anniversary event.

In order to woo the first time smartphone buyers, Xiaomi has announced a 599 Yuan (Rs. 6,040) 4G LTE smartphone dubbed Redmi 2A. A special variant of the firm's previously launched Redmi 2 smartphone, the new devuce is powered by 1.5GHz quad-core Cortex A7 Leadcore L1860C processor, instead of the Qualcomm Snapdragon 410 available in Redmi 2. Other specs of the budget handset are more or less similar to Redmi 2 - 4.7-inch display, 1GB of RAM, 8GB of native storage, 8MP rear camera, and a 2200 mAh battery.

At the recently concluded event in Beijing, Chinese handset maker introduced the Mi Note will come bundled with a 5000 mAh power bank in a gift pack. The original Mi Note was unveiled in January, alongside the Pro version.

The Mi Smart Scale is basically a weighing machine. It can sync with Mi Fit application and can manage weights of as many as 16 people.

This device comes with 3 USB ports for charging mobile devices and 3 conventional ports. It supports 2A fast charging and the firm claims that it has a power conversion rate of 82%.

Xiaomi Mi Note Pro Phablet First Look & Reviews || Specifications Latest tech news, gaming news, latest Smartphones, tablets and other new technology gadgets..Our official website is www.phonietech.com http://youtu.be/5wKUEZzSWKk New Oppo Mirror 3 Specifications Getting the specs out of the way first, Xiaomi Note Pro features a 1440x2560 pixels JDI panel, which would make it one with the enviable 515ppi pixel density. Not only that, but it is also blessed with the whopping 4 GB of RAM, and the highly-anticipated Snapdragon 810 chipset, making it an Android 5.0 64-bit powerhouse. Rounding up the great offering are a 13 MP rear Sony camera with optical image stabilization, and a 4 MP UltraPixel front-facer with large two micron pixels. Keeping the lights on will be a 3090 mAh of a battery pack, which is the only seemingly weak point of the phablet, unless the JDI display panel is really power-sipping. It's the Note Pro's design that is the most striking, though, as the phone sports an extremely thin body (which would explain the relatively small juicing capacity) and trimmed bezels for an all-around compact handset, regardless of the hearty screen diagonal. What's more, it comes with the very generous 64 GB storage out of the box. the Xiaomi Note Pro will cost you the equivalent of 3300 yuan, which is about $532 - not a bad pricing for a futureproof phablet with all the bleeding edge bells and whistles Subscribe for more tech videos. PT1M46S 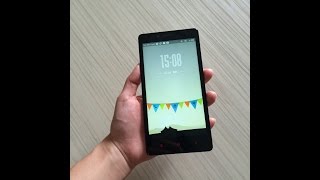 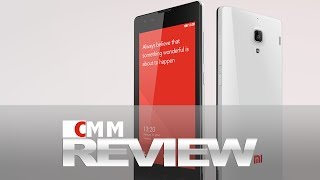