Xiaomi has released a global beta build of its MIUI 6 ROM for the Redmi 1s smartphone. The company introduced MIUI 6, a major upgrade to MIUI ROM last year, but only few Mi devices such as Mi 4, Mi 3, Redmi Note, Redmi 2 and MiPad run on the stable MIUI 6 ROM. Developer ROMs are available for Mi devices in China, but this is the first time the company is releasing beta version of its ROM for global markets.

Beta build is updated every 1-2 weeks, and may have some unresolved bugs because it is a work-in-progress that constantly updates, says the company. There might be some minor bugs in beta builds, which are fixed in the stable builds that are released every 4-6 weeks.

The MIUI 6 ROM for the Redmi 1s is 587MB, but it is not available as an over-the-air (OTA) update. I can be downloaded from the MIUI forum here and flash it manually. You can follow the instructions of the installation in MIUI Forum here. This beta build will be updated every week based on the feedback gathered from Mi Fans in the forums 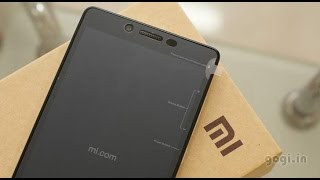