Aside from the two previously-announced new Acer Liquid smartphones (the Z220 and the Z520), the Taiwanese OEM has also announced another device that has more premium features but they promise to not kill your wallet when it comes to the price. The Liquid Jade Z has high-end specifications, the ability...
2015-03-02 05:18:11

If you are not a fan of Windows Phone 8.1 OS and overall of Microsoft's mobile platform, than you can choose between Android or iOS. Since there are no budget-friendly iOS phones, you'll have to go with Android platform and Acer has something new to offer you. We'll start with Liquid Jade Z, a higher...
2015-03-02 16:45:38

Getting Started with the Acer Liquid Jade Z, the light version of Jade S

Acer unveiled yesterday Liquid Jade Z, a version of its Liquid Jade, who opts for a less powerful processor than its predecessor. It take this opportunity to make some changes in the design side, in order to combine practicality and aesthetics. Let’s be honest, the changes are few on this Liquid Jade...
2015-03-03 14:44:18

Acer announced the Liquid jade Z at MWC 2015. The phone is the successor of the last year’s Liquid Jade. We went hands on with the phone at the event and now lets take a look at the specs and hardware of the phone. Acer Liquid Z sports a  5-inch HD IPS display based on Zero Air Gap technology with...
Read all news (21)...

PC Advisor is at MWC 2015 in Barcelona, testing out all of the new smartphones, tablets and wearables to hit the show floor. Acer's new budget smartphone offering has the potential to knock the Motorola Moto G off the top spot with impressive specs but a low price tag. Here's our Acer Liquid Jade Z hands-on...
2015-03-05 21:18:44

Back at CES 2015 Acer revealed its new flagship Liquid Jade S and only two months later it has felt the need to come back with an even cheaper version called the Liquid Jade Z. I managed to get a little hands-on time with the device at MWC 2015 and here's what I thought of the new device. The Liquid...
Read all reviews (2)... 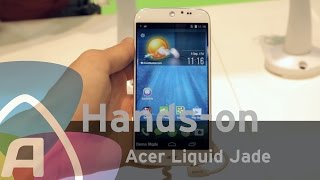 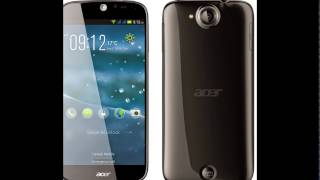 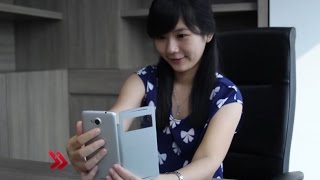