BlackBerry are looking to Leap (pun intended) into the BYOD market with this new 5″ all touchscreen smartphone. If you are familiar with the BlackBerry Z3 it is essentially an improved version of this or an upgrade to the BlackBerry Z30. A workhorse the Leap offers performance and productivity at a great...
2015-03-03 16:53:33

In an announcement that basically came out of nowhere, BlackBerry’s John Chen has revealed a new smartphone. The failing smartphone manufacturer has seen a lot of trouble over the past few years, especially with its smartphone lineup being unable to capture much of the market (whether low-end or high-end),...
2015-03-03 15:38:38

BlackBerry is trying to make its mark at MWC 2015 by introducing its new BlackBerry Leap. This is yet another affordable BlackBerry full touch screen device targeted at youths and it sits right above the current entry-level BlackBerry Z3. It gets a similar sized 5″ display but pushes a higher HD 720p...
2015-03-03 15:26:37

BlackBerry made an appearance at the MWC event and dropped two new smartphones – Leap and Keian. The former one is a 5-inch touch device, priced at $275 (Rs. 17,000). The BlackBerry Leap is a mid-range phone with average specifications. It comes in the matte look with textured back cover. Surprisingly,...
2015-03-03 15:11:55

BlackBerry has launched a touchscreen-only smartphone – its first since the Z3 a year ago — called the Leap, which will be reasonably affordable at $275 off-contract when it goes on sale this April. The handset has a five-inch display and will reportedly go on sale in Europe and Asia first. BlackBerry...
Read all news (253)...

BlackBerry didn't take any chances with the Leap, in terms of attempting to recapture the hip and cool audience of young professionals – and it might just work. This smartphone looks a lot like the Z10 externally, but internally, they're practically twins. On the outside, the Leap feels sturdy and solid,...
2015-04-15 11:50:05

The BlackBerry Leap Review - A Hit Or A Miss?

The BlackBerry Leap is what BlackBerry is hoping you will want to upgrade from your Z10. The Leap is being touted as the phone that will let you write the story of your life. Is the BlackBerry Leap the phone to deliver that promise? Well, we hope to answer that question and many more in this review. The...
2015-04-15 08:51:19

BlackBerry Leap Review – Not The Phone Fans Deserve, But The One BlackBerry Needs

Although it feels like only last week I was writing a post announcing the device, in reality it wasn't. It was well over a month ago now at Mobile World Congress but, thanks to a quick turnaround time from announcement to delivery, here we are taking a look at the latest all-touch BlackBerry 10 smartphone...
2015-04-15 21:46:36

The First BlackBerry Leap Reviews are in: “The All-Touch BlackBerry You’ve Been Waiting For”

It’s finally here – the all-touch BlackBerry Leap has landed in the UK, offering rising professionals and savvy businesses everywhere an affordable way to give their productivity a jumpstart. The BlackBerry Leap, formally announced at Mobile World Congress in Barcelona, brings with it all that OS 10.3.1...
Read all reviews (19)...

Here is a step-by-step guide about how to unlock BlackBerry Leap using unlocking codes to work on any GSM Network. This guide contains everything you need to know for a BlackBerry Leap unlock: where to procure the code from, what is the process flow, and instructions for how to enter the code on your...
Read all howto (2)... 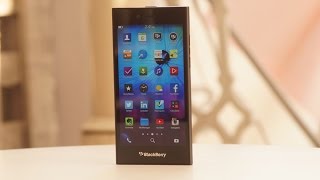 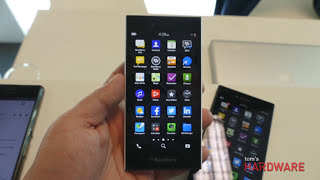 BlackBerry Leap New Smartphone Review 2015 For More Info:- http://www.phonetech.in Subscribe US:- https://www.youtube.com/channel/UC8BQ2U2Vmb8hX19tSNPIXYw The phone measures 144 x 72.8 x 9.5mm and weighs 170 grams. The battery under the textured soft back cover is 2,800 and isn't removable. BlackBerry says the leap can last up to 25 hours of heavy use. Speaking of the back, there's an 8MP auto-focus camera with LED flash. It can record 1080p videos at 30fps and has a 5x digital zoom. Source: GSMArena,www.meetbb10.com PT1M20S