We haven't had a chance to fully test this product yet, but we've assembled this helpful overview of relevant information on it. LG has announced the Spirit, part of a new series of mid range smartphones soon to be showcased at the upcoming Mobile World Congress at the beginning of March. The Spirit...
2015-03-02 20:27:18

LG Spirit 4G will be sold by Three UK in June

The LG Spirit 4G will arrive in the UK in June. It will be sold by Three, and possibly other operators as well. But, for now, only Three has put it on its Coming soon page. The online retailer has released a 105-second promotional video showing off the Spirit 4G, but doesn’t mention flexibility at all....
2015-03-02 20:27:19

LG has officially announced four new mid-range Android smartphones last week: Magna, Spirit, Leon, and Joy. The LG Spirit H440Y is available as of now in Taiwan, and will likely be introduced in other markets some time later. Like the other three phones, the LG Spirit runs Android 5.0 Lollipop out of...
2015-03-01 21:15:49

Alongside the G Watch Urbane and Magna smartphone, LG unveiled a reasonably priced 4G handset during its Mobile World Congress press preview; the LG Spirit 4G. And Three will be carrying the device exclusively in the UK for the first few months after launch - until June, in fact. The new Spirit 4G (not...
2015-03-03 12:16:36

LG introduced its new smartphone lineup ahead of MWC 2015 last week. The LG Spirit another mid-range smartphone in the series. Check out the hands on impressions of the smartphone. The LG Spirit has a 4.7-inch HD display based on in-cell touch technology. Even this has a 5-megapixel front-facing camera....
Read all news (67)...

This is a flash hands on review to give you the chance to see what the phone is all about as soon as possible. Stay tuned as we'll be expanding and upgrading this review shortly with more info. The LG Spirit is one of four new phones announced by LG at MWC 2015, and while it doesn't quite have the punch...
2015-03-06 17:38:07

Ahead of MWC 2015, LG unveiled four new mid-range smartphones to add to its line-up, so we headed over to the company's busy stand on the show floor in Barcelona to take a look at them. There was no LG G4 from the company during the event, though, so hopefully we'll be seeing the new version of its flagship...
2015-03-30 11:42:08

LG Spirit is the next mid-range product from the LG smartphone, launched at MWC 2015. LG Spirit smartphone stand out compared to the LG Magna, or LG Joy, with the ability to work stronger, equipped with the advanced specs than the above. Display: The LG Spirit possesses a 4.7 inch Full HD screen with...
Read all reviews (3)...

Here is a step-by-step guide about how to unlock LG Spirit using unlocking codes to work on any GSM Network. This guide contains everything you need to know for a LG Spirit unlock: where to procure the code from, what is the process flow, and instructions for how to enter the code on your phone. Don’t...
2015-07-15 15:55:30

Well after a lot of searching I finally found the official stock firmware / rom V10D for my LG Spirit. I’d post it, as I’ve noticed plenty of other people having the same trouble updating via LG software updater. Download the LG Spirit V10d firmware on this site. It is highly recommended to pre-install...
Read all howto (2)... 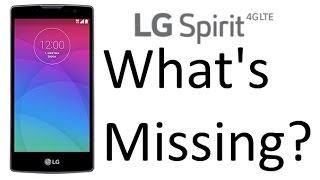 LG Spirit MWC 2015 first impressions The LG Spirit, aside from the LG Magna, is the other non-G-Flex LG phone which has a curved display. Announced at MWC 2015 Barcelona, it joins the rest of the flock bringing decent specs and looks to the lower price range. Follow Anton D. Nagy http://facebook.com/officialADN http://twitter.com/antondnagy http://plus.google.com/+antondnagy Subscribe: http://www.youtube.com/subscription_center?add_user=Pocketnowvideo About us: Pocketnow has been a key source of mobile technology news and reviews since its establishment in 2000. With offices on three continents, Pocketnow offers round-the-clock coverage of the mobile technology landscape, from smartphones to tablets to wearables. We aim to be your number-one source for mobile tech news, reviews, comparisons, and commentary. If you love mobile as much as we do, be sure to subscribe! Follow us: http://pocketnow.com http://twitter.com/pocketnow http://facebook.com/pocketnow http://google.com/+pocketnow http://instagram.com/pocketnow PT2M36S 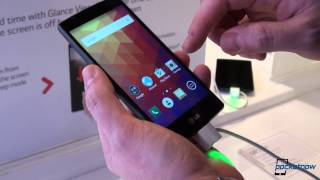 LG Spirit 4G Review Part 1 VOTE NOW for your favorite smartphone at http://www.phonedog.com/rankings We're covering prepaid again with the full video review of the MetroPCS LG Spirit 4G! Available now, the Spirit 4G offers a 1.2 GHz dual-core Snapdragon S4 CPU, 4.5-inch IPS display, 5-megapixel camera with 1080p HD video recording, 2,150 mAh battery, 4G LTE, and Android 4.0 Ice Cream Sandwich. It's not the highest-end smartphone on the market by any means, but those that pick the Spirit 4G up are going to get a phone that's more than capable at a solid price. For the price point, it brings some great specifications and decent personalization. And who can beat cheap price plans? Part 1 of 2. Facebook: http://www.facebook.com/phonedog Twitter: http://www.twitter.com/phonedog Google+: http://gplus.to/phonedog Vote For Your Favorite Smartphone: http://www.phonedog.com/rankings Win Free Phones: http://instantwin.phonedog.com/ Visit http://www.PhoneDog.com for all the latest cell phone news, reviews, and more. PT7M57S 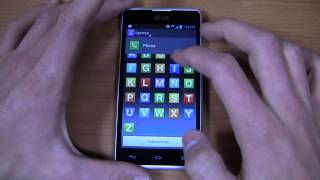