Panasonic does not only churn out smart TVs and the ilk, but they are also pretty big when it comes to smartphones – especially in Japan, of course. This time around, we have Panasonic and their 64-bit Eluga U2 that runs on Android 5.0 Lollipop being spotted online. This means that the Japanese company...
2015-02-28 01:18:41

Eluga U2 by Panasonic is the latest smartphone in its family which comes with the decent specs along with the pricing equivalent to the similar class of smartphones from LG, Samsung, Motorola, SONY etc. While this new smartphone comes with the Dual sim card slot, this one also comes with the 4G LTE capability...
2015-02-28 21:02:47

Panasonic Eluga U2 specs revealed along with price

The Panasonic Eluga U released last year and now its successor has just been launched in the form of the Eluga U2, which will be available in single SIM and dual SIM models. We have details ahead of the Panasonic Eluga U2 specs that have now been revealed, as well as a price for Taiwan that gives an...
2015-02-28 17:54:42

Panasonic may be a brand known for TVs and camera equipment, but did you know that the Japanese tech giant also makes smartphones? Just unveiled this week is the affordable Eluga U2, sporting a 64-bit processor and Android Lollipop in tow. The mid-range Eluga U2 is the company’s first handset to sport...
Read all news (21)...

Panasonic Eluga U Review This video is on Panasonic Eluga U Review. Panasonic Eluga U is the new smartphone from Panasonic which comes with good specification. If you like this video please let us know by pressing like button or even though if you dislike please press dislike button to let us know your opinion. Please comment if any question or please subscribe Tipnol to get solutions on simple problems. Our official website is www.Tipnol.com you can visit it for more information. All logos and Images used in this video are registered Trademark and Trade Names are owed by their respective owners. PT1M3S 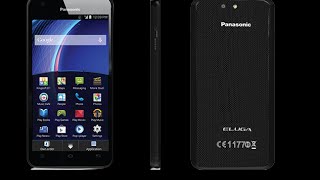 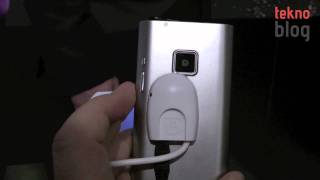