Ads by Google Samsung recently launched its low cost Galaxy J1 in India and today the company has announced its 4G LTE variant with quad core chipset. Among devices we experienced today, Galaxy J1 4G is present on the lowest rung of the ladder and thus it’s important to balance your expectations. Samsung...
2015-02-16 15:16:34

Samsung has expanded its 4G handsets portfolio for the Indian market with the launch of three new Galaxy smartphones - Galaxy Core Prime 4G, Galaxy Grand Prime 4G, and Galaxy J1 4G.All these smartphones will be hitting Indian market shelves starting second week of March and will be available starting...
2015-02-19 15:50:59

Nowadays, market is buzzing with news smartphones, but the problem is that smartphones are constantly evolving as technology bring new features everyday. Recently, the South Korean giant Samsung has released 3 device which supports 4G connectivity on the Samsung Forum Event 2015 few days back. The released...
2015-02-21 21:44:15

As we mentioned earlier, Samsung is all here to launch a new wave of 4G smart devices which not just comes with the best in class specs and trust but also wants to make sure that the premium budget smartphones category is captured too which is of late has become the category to watch out for. With more...
2015-02-16 20:47:58

Samsung announced the Galaxy J1 4G for the Indian market

At the end of January Samsung announced the Galaxy J1 and today an upgraded version of the device was revealed. The Samsung Galaxy J1 4G is intended for the Indian market as well and is priced at INR 9900 (USD 159). Compared to the classic Galaxy J1, the new variant has a better CPU with four cores clocked...
Read all news (9)...

Ads by Google At the Samsung Forum that happened over the weekend, Samsung has splashed the market with a slew of product launches. Especially, when it comes to the 4G market segment, the vendor has come up with three smartphones. The Galaxy J1 4G is the cheapest of the trio and here is a quick...
Read all reviews (1)...

It was only at the end of January that Samsung officially introduced the Galaxy J1 smartphone and following this we reported that the phone had been launched and priced for India. There’s some interesting further news about this handset, as the Samsung Galaxy J1 4G with an upgraded processor has now...
Read all howto (1)... 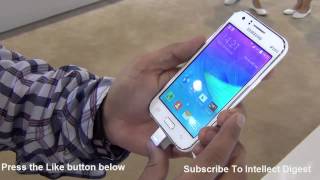 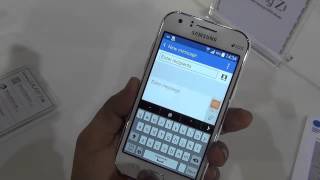