Apple iOS 8.0.1 Update for iPhone, iPad, iPod Touch Taken Down Due to Bugs

Apple iPod Touch: Why It Might be Released on Sept 4th

The iPhone 6 has been stealing the spotlight from all other Apple devices lately with its release coming up in a couple of days. But will we also be seeing the new iPod Touch 6th generation? Even though the Apple iPod is slowly dying out, many users still want that iPhone feeling, without paying the...
2015-02-10 10:11:13

It seems that every company in the world is getting into the smartphone business. While we are waiting for the launch of the 6th-generation iPod Touch, it appears that Apple chose to lower the prices of some of their other models, reaching a new affordability level. This means that you will be able to...
2015-02-10 10:11:16

Apple started seeding iOS 7.1.2 update to iPhone, iPad and iPod Touch last week. Even though the update was supposed to fix the issues which sprouted after iOS 7.1.1, it seems that it ended up doing just the opposite. According to the latest reports, the iOS 7.1.2 update has brought along a host of issues...
2015-02-10 04:08:59

iOS 8 is Apple’s newest lineup in their mobile software. It’s been highly anticipated by many Apple users since its announcement back at WWDC 2014 earlier this year. Is it truly worth updating to? iOS 7 runs fine on your device, so is there really a rush for the update? We’re going to discuss this from...
Read all news (45)...

Apple's iPod Touch media player has reached its 5th incarnation, with more power and a wider range of features than ever before. One of the first things we noticed was the Touch's new, slimmer design. It looks great and makes for an easier fit into jeans pockets. There's also the new proprietary Lightning...
2015-07-20 06:48:27

Today we’re taking a look at Apple’s 6th generation iPod touch for 2015 and determining whether or not it’s worth the money. It’s been a while since the iPod touch has been refreshed and even though it’s a minor one, this time around it brings along some important changes. If you’ve had Apple’s iPod...
2015-08-03 03:47:38

As you know Apple recently launched the iPod Touch 6 which brings a lot of new things to the table. We thought that the iPod line was dead but it is far from that, and a new review attempts to cover every bit of the device in order to get a better idea of Apple’s evolution. It’s been over three years...
Read all reviews (3)...

Apple iPhone users have always had the pleasure of downloading WhatsApp for free from the Appstore in a matter of few taps. Sadly though, the same can not be said for the iPad and iPod Touch, since WhatsApp for iOS doesn’t support both of these devices natively. Nevertheless, that is about to change...
2015-02-05 18:05:44

How to Use Apple’s Siri on Your iPod Touch

By Tony Bove from iPod and iTunes For Dummies, 10th Edition Like the perfect genie, the Siri intelligent personal assistant, included with the newest iPod touch, responds to your command and tries to understand your requests. You can ask for directions, look up contacts,...
2015-02-22 20:30:04

iOS 7 released by Apple, download and install it on iPhone, iPad ,iPod touch

Apple released an updated iPod Touch after a couple of years. The Cupertino has issued some significant updates to its music player. With the acquisition of Beats Music and the significant overhaul around Apple’s music offerings, the iPod Touch has a new lease of life. In case you are interested in it,...
Read all howto (4)... 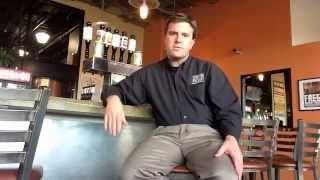 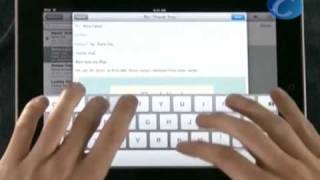