HP updates the Slate 500 and names it Slate 2

HP has just released an update for their Windows 7 based slate tablet.  The newer Slate 2 has a faster Atom processor at 1.5 GHz, Swype input support and 32GB SSD to start.  They also changed the backing of their Slate 2 to be flat instead of the diamond style they had in the previous model.  Still no...
Read all news (1)... 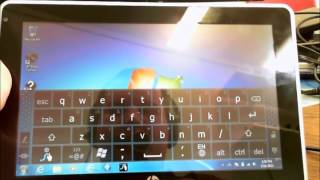 HP Slate 7-inch Android Tablet Beats Special Edition Review - 7-4501 Buy it on Amazon - http://lon.tv/nge0r (affiliate link) VIDEO INDEX: 0:26 - Hardware overview 1:09 - Beats audio discussion 1:58 - Comparison to the Nvidia Tegra Note 7 tablet 2:42 - 3DMark video game benchmark 3:09 - Stylus demonstration with wrist / hand detection 3:44 - Conclusion and final thoughts This is a nice performing tablet that unfortunately has an expensive and unnecessary feature that adds $70 to its price tag: the Beats Logo. This product is otherwise identical to the much less expensive EVGA/Nvidia Tegra Note 7 Tablet (http://lon.tv/kuhut affiliate link) and I recommend looking at that one over this overpriced model. Does the Beats integration add anything beyond a royalty payment to Dr. Dre? Definitely not. The speakers certainly don't sound all that much better than other tablets. The sound is tinny and lacks any real depth and range. The amplified headphone jack does what Beats does best and adds a ton of unnecessary bass that does not make for a great listening experience. The tablet does perform nicely, with a few graphical benchmark tests I ran showing a very smooth 60 frame per second 3d rendering. It's an excellent gaming platform. I also like the fact that it's running a relatively vanilla edition of Android Kit Kat 4.4.2 without a lot of excess junk installed on the machine. The 1200x800 display looks nice even though it's not quite up to 'retina' quality in its resolution. The touch sensor, however, feels a bit inaccurate and isn't immediately responsive. The included stylus does work well and has adequate wrist detection to allow a hand to rest on the screen while writing. The screen's cheap touch sensor's wires are visible when light reflects off the screen, however. HP could have done better there. The bottom line? Save $70 and get the identical Tegra Note 7 if this tablet looks appealing. Dr. Dre has enough money doesn't he? Visit the Lon.TV store to leave a tip or purchase some of my previously reviewed items! http://lon.tv/store Want to help the channel? Start a Patreon subscription! http://lon.tv/patreon Follow me on Facebook! http://facebook.com/lonreviewstech Follow me on Google+ http://lonseidman.com DISCLOSURE: I received this product through the Amazon Vine program to review on Amazon's site. PT4M37S 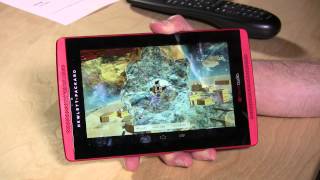 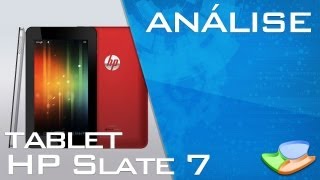