Xiaomi MiPad coming to Malaysia according to teaser

Xiaomi's Malaysian Facebook page contains a teaser indicating that the Xiaomi MiPad is heading to the country. A pixelated image of the tablet with Akan Datang (which means "next" in English) above it certainly seems like a good indication that the slate is on the way. In addition, the MiPad recently...
2015-01-08 09:12:46

The Xiaomi MiPad tablet has received certification from Malaysia's SIRIM database, which is the equivalent to China's TENAA and the FCC in the U.S. This apparently means that Malaysia will be the second country after China, to play host to Xiaomi's Android flavored slate. While pricing and availability...
2014-12-25 22:21:55

Two devices from Chinese manufacturer Xiaomi expected at CES 2015 are the Mi 5 or Mi 4S smartphone and the MiPad 2 tablet.The anticipated flagship smartphone from Xiaomi has been leaked in purported specifications and an image. The alleged Mi 5 or Mi 4S from the purported image appears to be a large...
2015-02-02 09:17:44

After the launch of the Xiaomi MiPad there are now the first independent test results from the Antutu benchmarks. Expectations regarding the Xiaomi MiPad were quite high in advance. It is the first device with Nvidia’s new Tegra K1 SoC and also the first tablet of Xiaomi. From China comes a screenshot...
2015-02-02 05:58:01

Right now we are extremely busy. You might have noticed that already by the fact that we are pulling out more unboxing videos than reviews. But don’t worry, we will catch up within this week. But now we already got two new babies to play with: The all new Xiaomi Mi4 and the Xiaomi MiPad! Lets start with...
Read all news (38)...

How to Root the Xiaomi MiPad Tablet – Tutorial 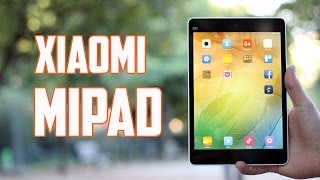 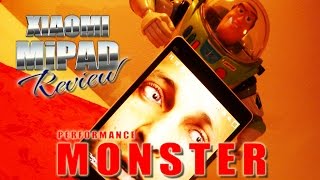